You are here: Home > Returning flights and new routes 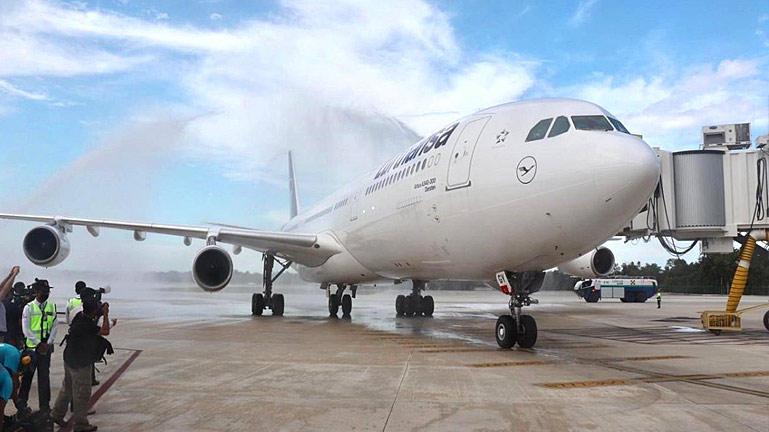 Cancún and the Riviera Maya continue to successfully reopen and recover from the ongoing Covid-19 Pandemic with cases remaining low despite the easing of contingency measures. Now officials in the state of Quintana Roo have announced the increased returned of flights from USA and Europe in October as well as new routes starting in November.

These new routes from the USA show an 11% increase from total seats in direct flights from the USA to Cancún compared to the last trimester of 2019. Cancún International Airport is currently receiving 300 flights a day, from North America and Europe. It was also announced that some flight services that had stopped temporarily between Europe and the Mexican Caribbean will restart in October and November.

New Flights To and From the US

American carriers have announced the return of several routes as well as new additions for the remaining of the year and the near future. These new direct flights from the US include: Austin, Chicago Midway, Cleveland , Los Angeles, Philadelphia, Portland, Raleigh-Durham, Saint Louis, Tampa San Diego, Seattle, and Tampa.
Other destinations like Kansas City, Dallas, Charlotte, Minneapolis and Fort Lauderdale will also see an increase in flights to and from Cancún in already existing routes.

Flights from Canada
Flights from Cancún to Toronto are scheduled to resume on October 25th with 4 weekly flights offered by low-cost airline Swoop. WestJet also intends to resume Toronto-Cancún flights in October and the return of their service from Calgary.

Air France, Edelweiss Air, Lufthansa and British Airways have announced the return of some services in October. This reconnects the Mexican Caribbean with Paris, Zurich, Frankfurt and London. EU government officials have stated that flight restrictions are subject to change at any time, so we recommend you double check your country’s current before you book!