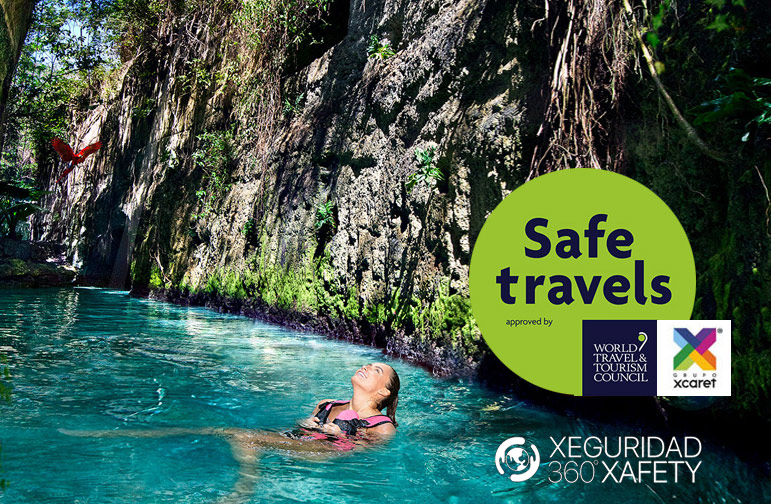 Last week we told you all about how Cancun and the Mexican Caribbean were amongst the first 4 destinations worldwide to receive the Travel Safety Stamp awarded by the World Travel and Tourism Council. And this week we are back with more good news: thanks to their “Xafety 360” initiative, Group Xcaret has become one of the first private groups in the world to receive this safety certification. What’s more, this 100% Mexican company that runs some of the Mexican Caribbean’s biggest attractions is the only entertainment and theme park company in the world to have this certification.

The safety and hygiene measure implemented by Xcaret Group for the upcoming reopening of their parks and hotel this June 15 are the reason why the WTTC has awarded them this honor. And these are the same reasons why you will be able to feel at ease when you visit us. Cancun and the Mexican Caribbean are already headed towards their grand reopening backed by the WTTF, and now with Xcaret Group joining them in the list of safe-to-visit-places list we are one step closer to being able to guarantee you an incredible, unforgettable and safe vacation.

As announced, Xcaret Park and Xcaret Mexico Hotel opened their doors on June 15th, helding an emotional ceremony to welcome the first visitors after the pandemic.

Xcaret group also announced its other parks (Xel-Ha, Xplor, Xichen, Xoximilco, Xenotes, Xenses and Xavage) will open on July 1st, as well as their tours and excursions.