Route of the Cenotes (Sinkholes)

The Ocean covered the Yucatan peninsula millions of years ago. Marine life collapse became into marine fossils. Huge underground systems of caves were created forming the amazing underground system currently existing such as millions of stalactites and stalagmites as well as sinkholes or well known as “Cenotes”.

“The Cenote Route” in Puerto Morelos conformed by almost 50 kilometers of dense jungle, is an unknown place by almost half of foreign and national visitors; these magical places show us the other face of the traditional tourism! A green tourism in accordance with The World-wide Organization of Tourism (OMT) has increased 5% and it represents 8% of the total number of travellers.

Hidden places, where you can immerse yourself exploring the mysteries of the Mayan underground World. More than eight whispering landscapes, which will take your breath away, immersing you in this unforgettable adventure. Between Zip lines, rappel, ATV’s, bicycles, snorkel into crystal clear waters, walk through dense mangrove forests and dare your senses with an explosion of a lot of adrenaline.

“The cenote Route” is considered one of the eco-tourist destinations growing fast in Quintana Roo, with more than 57 different types of cenotes such as open air, semi-open air, caverns or ancient cenotes.

The cenote Route is a place where you will find the Selvatica Ecological Park, Xenotes Attraction as well as discover many other cenotes like Cenote Las Mojarras, Cenote Siete Bocas, Cenote Boca del Puma, Cenote Verde Lucero, Chilam Balam, La Noria, Kin Ha, Zapote, among many others 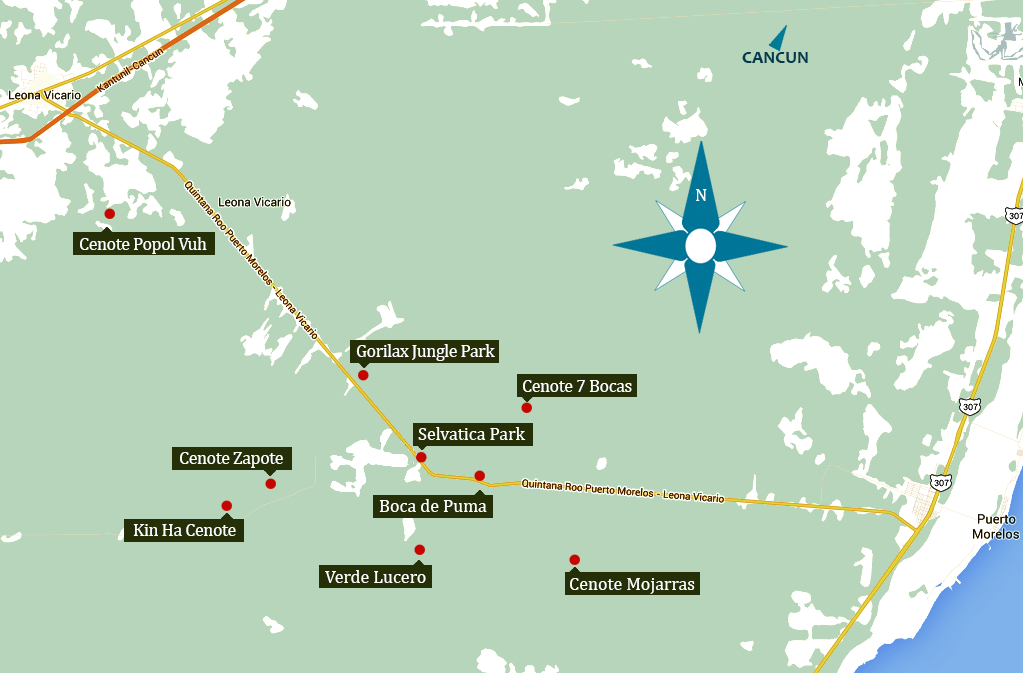